Hidden Gems & Secret Spots in Cologne You Should Visit 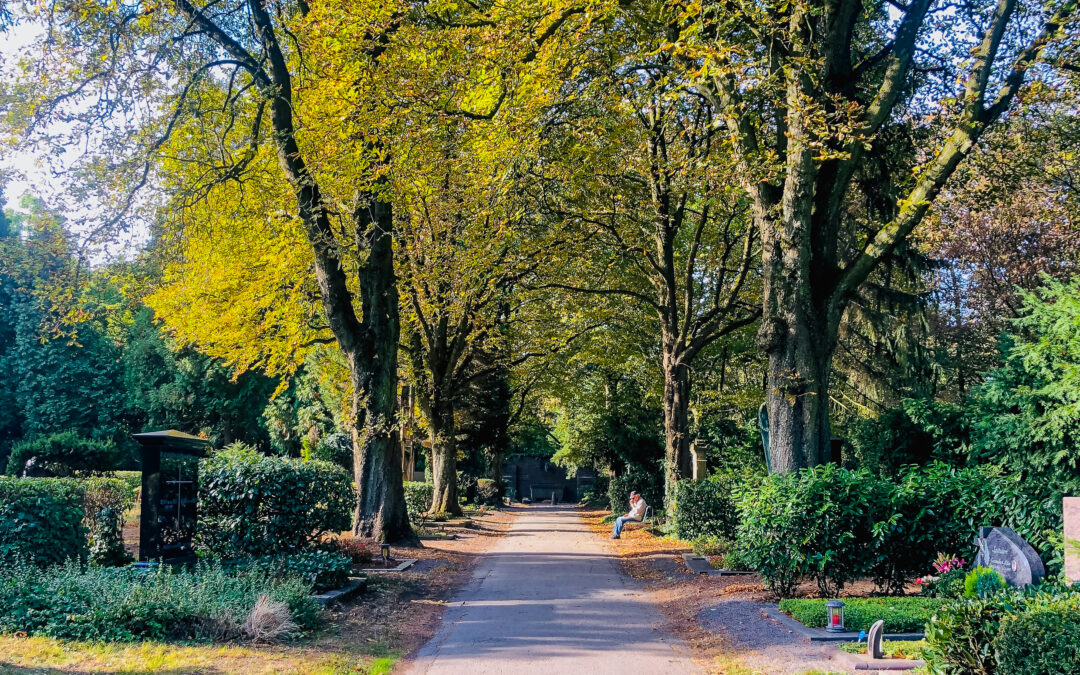 When most people consider visiting Cologne, images of the Cologne Cathedral, Chocolate Museum and Fish Market probably come to mind. These are the first pictures you will find when researching online or paging through a guidebook. But there is so much more to discover in Cologne than the major attractions.

The city is full of hidden gems and secret spots that locals know and love. At Art of Touring, we love to show our guests some of the lesser known attractions in Cologne. These secret spots are what makes this city so exciting to visit! In this blog post, we will disclose our favorite hidden places in Cologne and off-the-beaten track attractions that are worth adding to your bucket list.

If you’ve ever looked at the Cologne Cathedral and wondered “how did they preserve this huge place?”, well you wouldn’t be the first or last person to have that thought. You can thank the skilled team of nearly 100 people at the Dombauhütte for this incredible work. The Dombauhütte is the primary restoration and preservation department responsible for maintaining the integrity and beauty of the Cologne Cathedral.

From different stone materials to historic glass windows, the preservation of the cathedral is a technical and labor intensive practice, particularly when you consider the size, age and complexity of the construction. Their work is so high quality that the Dombauhütte is actually in the UNESCO Register of Good Practice Examples for the Preservation of Intangible Cultural Heritage.

You can only visit the Dombauhütte on a prearranged visit, typically as part of a special event or by invitation. But if you want to learn from the builders and artisans toiling at the workshop, they lead guided tours of the Cathedral. The exciting history of Cologne’s cathedral will come to life with the stories provided by the Cologne Cathedral Builders’ Works. These tours also help you see attractions that are otherwise inaccessible to the public. This includes the impressive steel construction of the roof structure or a historic machine for ringing the bells in the south tower.

If you are into Jazz Music, there are two locations in Cologne that survived the Jazz revival heyday of the early 1970s. Both locations are related to Josef Wilhelm “Joe” Buschmann, a Jazz enthusiast born in 1925. He opened two bars and named them after his moniker: Papa Joe’s. One focused on experimental jazz, called Klimperkasten, while the other spot, Em Streckstrump, has more traditional and well-known jazz. Both bars are integral places in the old town of Cologne and they are the home for live music and quirky musical varieties.

For over 40 years, Em Streckstrumpf has hosted a jazz show every night, mostly in the Swing or Dixieland styles (although you can also hear Soul, Funk or Latin Jazz). The show count is now at more than 18,000!! Papa Joe’s is not just a local Jazz spot. It actually has a reputation in New Orleans, being listed next to the Preservation Hall as “the world known hotspot for live Jazz”. Of the many bars in old town Cologne, Papa Joe’s is definitely one to check out. It is not at all touristy and there is always something going on.

Built by famed Swiss architect Peter Zumthor, Kolumba is a minimalist masterpiece housing the religious art collection of Cologne’s archdiocese. This is one of our favorite architectural sights in the city. We love taking our visitors to Kolumba on our Alternative Cologne Tour. We actually featured this unique museum on our complete list of the best museums in Cologne as well!

The building has three elements: the ruins of the original St Kolumba church, a chapel called Madonna in the Ruins, and a gallery & museum space housing the art collection. You can visit all aspects of the building. Take notice of the way the architecture uses light and shadow to show off the exhibits. As well as the building itself, the exhibitions are also fascinating. The Museum’s collection combines artifacts going back to the Roman period with contemporary artists. Everything is explained in a handbook (available in English).

Serving as the primary cemetery in Cologne since 1243, Melaten Cemetery is a surprisingly interesting and unexpected place to visit while traveling in Cologne. The cemetery functions like a city park with walking paths and landscape conservation with 40+ species of birds. It is located in the Lindenthal neighborhood on the western side of Cologne. Melaten Cemetery has about 55,000 graves, including some from notable citizens like Willi Ostermann and the Farina family (the creators of Eau de Cologne). Some of the monuments and grave markers are impressive objects of design, ranging in style from classicist to neo-baroque. You’ll find local residents strolling this peaceful oasis as a reprieve from the hustle and bustle of the city.

For passionate war history enthusiasts, the Röhrenbunker in Agnes Viertel is a secret spot in Cologne. Likely built in the late 1930s, this subterranean tubular bunker is one of the only WWII bunkers that still remains in Cologne today. Most of the others have been destroyed or disassembled. The Röhrenbunker was designed to protect 180 people from air bombing attacks during the second World War.

In the 1930s & 1940s, Cologne was the largest chemical processing region in Europe, making it an important target for British and American bombing. The heaviest attack on Cologne came the night of May 30, 1942. It went down in history as the “1,000 bomber attack” because 1,000 planes took off from England, all with Cologne as their destination. The attack lasted 90 minutes, during which thousands of homes and hundreds of lives were destroyed.

The bunker is open for public visits on the first Sunday of every month. A visit here will bring you directly in contact with one of the darkest chapters of German history. Offering an accompanying audio guide , the visitor experience is designed to be as authentic as possible. Despite its subterranean location and its supposed isolation, the noise of the explosion and the vibrations were always audible, typically causing panic and fear for survival for the people inside the bunker.

This secret wine cellar is the perfect hidden gem for any wine connoisseur visiting Cologne. Housed inside a vaulted stone wine cellar, the Wine Bank is a wine club for budding wine collectors and lovers. There are 279 vaults available for long-term rental and use in the wineBANK’s cellar. The cellars, which offer the perfect storage & temperature conditions for wine, are also a unique venue with an intimate atmosphere. Vault owners can rub shoulders with wine connoisseurs from across the city!

Cologne has a long and proud tradition of trading wine, thanks to its advantageous location near famous wine regions like the Middle Rhine and Ahr Valley. WineBank’s cellars actually date back to the 19th century. Built by a well-known wine merchant by the name of Otto Engels, the villa house above was destroyed in World War II. The cellars managed to survive, and have been meticulously restored and refurbished.

In the middle ages, Cologne was surrounded by walls built in the 12th century. Rudolfplatz was the most important entrance into Cologne, thanks to the large gate called Hahnentor. The gate leads directly from Aachen, where Emperors of the Holy Roman Empire were crowned, to the Cologne Cathedral. The cathedral was the most important religious site in the Empire, housing the relics of the three Magi. In fact, they are still there!

Following rapacious urban expansion in the 19th century, much of the city’s walls were torn down. They were seen as an old-fashioned hangover from a more primitive time. Only three of the wall’s twelve gates remain intact, of which the Hahnentor is one. As you walk through this ancient gate, you’ll be struck by the fact that this very same structure has been used for centuries. Even today, Rudolfplatz remains a major artery of the city with thousands of people passing through it every day on trams, bicycles and cars. Rudolfplatz is a popular area in Cologne with lots of things to do and see nearby, which we summarize on our alternative things to see near Rudolfplatz.

We can create customized itineraries and guided tours around any of your interests. If you are looking to visit off-the-beaten path destinations in Cologne and the Rhineland, contact us today about creating the perfect itinerary to suit you!